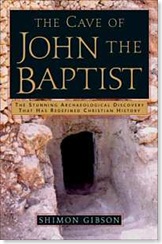 The second most interesting presentation (after Pardee's)in the Paleographical Studies in the Ancient Near East section was Joe Zias's thorough debunking of the mania around the Cave of John the Baptist discovery.

I believe that Zias has given a much more plausible interpretation of all the evidence by demonstrating numerous connections between the iconography found in the "cave" and the iconography of Crusader and medieval times connected with St. Lazarus, the patron saint of those suffering from leprosy (found in the Bible in a parable from Luke 17). The correspondences between what is seen in the cave and the examples that Zias found provide convincing proof that once again there's been much ado about nothing in the sensationalized world of biblical archaeology.

A cautious evaluation of the hype over the find and links to more media attention from back in 2004 can be found at Bible Places.

Posted by Douglas Mangum at 6:58 AM