3 Things I (Re)learned from SBL Baltimore

I just returned from the combined annual meetings of the Society of Biblical Literature (SBL) and the American Academy of Religion. Here are the three most important things I (re)learned. 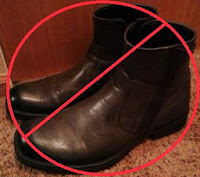 Last year, I made a wise decision in my choice of footwear and had no discomfort despite the massive amount of walking that was required due to the sheer size of the convention center in Chicago. This year, even though everything was relatively nearby, I had to buy a different pair of shoes after day 1 because I made a bad choice of footwear this year. 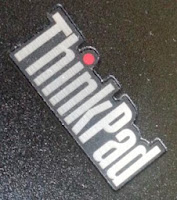 If you're not giving a paper or having to write or revise your paper at the last minute, do not bring your ancient, massive, heavy laptop. You will not use it at all and you will not want to carry it around everywhere. Your smartphone is now more than adequate for 99% of what you used to bring your laptop for. If you have a light, small, awesome newer laptop, this may not be a problem for you.

3. Bring a coat to the East Coast.

Even if the 10 day weather forecast for an East Coast city says the weather should be cool but not wintry during SBL, bring a hat, coat, and gloves anyway, not just a blazer and a scarf. Weather forecasters can't always see the Arctic cold snap coming that far in advance. Remember this when SBL is in Boston again in a few years.

Social interaction among academic types can be awkward at times. Navigating new relationships and just-made acquaintances can be complicated for those of us who tend more on the introverted side of things. Before next year, I plan to prep a little better and practice interpersonal communication skills, building rapport, and reading between the lines.
Posted by Douglas Mangum at 1:02 PM 2 comments:

See You in Baltimore, Greenhorns?

A week from tomorrow you will be able to find me in the exhibitor's hall at the SBL/AAR annual meeting in Baltimore, Maryland. According to Le Donne's taxonomy of participants, I am primarily an "Observer." (I've also moved from regular participant to occasional observer in the biblioblogosphere, too, but you already knew that.) 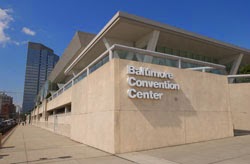 I especially enjoy observing "Greenhorns" (like Joel and Jeremy, but especially Cliff) in all their wide-eyed idealism, basking in their fledgling exposure to academia, dreaming that one day they, too, will be respected scholars and tenured professors. I imagine they are the ones keeping the booksellers in business, too.

Perhaps I should have a booth in the exhibit hall where I could dispense free career advice to the master's students daydreaming over their future careers where "work" involves reading by the fireplace in an overstuffed leather chair. Ah, greenhorns, publishers need your purchases and schools need your enrollment and tuition, but they've run out of places for you to teach and make a living once you finish.

Most of my advice would be variations on what they can read for themselves at the following links:


If they think things might be different in Bible or Theology, I would point them to these 2012 posts from Peter Enns' blog:

If they insist on going forward with their plans (and the ones I talk to are unswayed by my cynicism), I'll recommend they head over to Wipf & Stock and buy Nijay's book: Prepare, Succeed, Advance: A Guidebook for Getting a PhD in Biblical Studies and Beyond.
Posted by Douglas Mangum at 10:02 PM No comments: