A World Without God

The latest issue of Bible Study Magazine has my Hebrew word study dealing with the word pair tohu and bohu (as in "formless and void" from Gen 1:2). An edited version of the article is available on the LogosTalk blog, too.


What does it mean that the earth was formless and void? Did it already exist and God just shaped it? And did God create the matter and then shape it for a purpose?

Check out the blog post to find the answer or pick up a copy of the Nov/Dec issue of BSM to get the full discussion.
Posted by Douglas Mangum at 10:51 AM No comments: 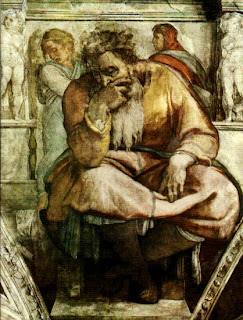 Many readers of the Bible come to the text with the unexamined (and usually unqualified) assumption that the literature is unequivocally historical. In other words, the people existed and the events happened more or less as described by the text. But was the version of the character presented in the text an accurate portrayal of the real, historical figure? We can't know. I've realized that history-writing is much more about creating a plausible narrative about the past than about precisely recording the details. So, the historical person and the biblical/literary character are not one and the same. In the case of Jeremiah, no scholar highlighted the difficulty of reconstructing historical and biographical information from the biblical account as thoroughly as the late Robert P. Carroll. Despite his reputation as the quintessential skeptic and practitioner of a hermeneutic of suspicion in biblical exegesis, I found his honesty about the limits of our knowledge refreshing and his conclusions quite in line with what I've proposed before.


The ‘I’ and ‘me’ of various prose pieces are assumed by most exegetes to represent Jeremiah as speaker, and the editorial framework frequently attributes prose actions and statements to him. Reading the book at face value and following the dictates of traditional and conventional readings of the text, the bulk of modem scholars have understood Jeremiah to be the book of the life and times of Jeremiah the prophet, with direct access to his words, deeds, innermost thoughts and reflections. Such an approach presupposes so much historical information to which nobody has access and a one-to-one correspondence between text and social reality that it is an extremely problematical reading of the book. The precise relation between the character constructed by the writers of the tradition and a hypothesized ‘historical’ Jeremiah behind the book is a very difficult question to answer, though not acknowledging its existence in the first place does not make it any the less real a problem for interpreting the book. For the purpose of this chapter the character of Jeremiah presented in the book will be treated as the creative fiction of the editors and writers who produced it and the relation between the ‘historical’ Jeremiah and the ‘fictional’ Jeremiah will be left to the speculative sophistications of the reader....

Although the majority of scholars continue to read Jeremiah as a biographical or autobiographical set of documents, and this ‘compact majority’ must be recognized for whatever value may be attached to such statistical reports, we cannot prejudge the issue as if there were no alternative or more feasible accounts of how the book was put together. Such accounts undergird the logic of the claim that perhaps the figure of Jeremiah is more the creation of the tradition than the creator of it.**

The bottom line is that reading any biblical book as if it provides direct historical/biographical information is problematic, especially in light of the clear theological program that motivated the anonymous writers behind the bulk of the historical narrative (the so-called Deuteronomists and the Deuteronomic school). What was their theological program and how did it affect the "spin" they put on the biblical history? Tune in next week...
**Quoted from R.P. Carroll, Jeremiah (London; New York: T&T Clark, 2004), 75, 77.
Posted by Douglas Mangum at 7:53 PM No comments: